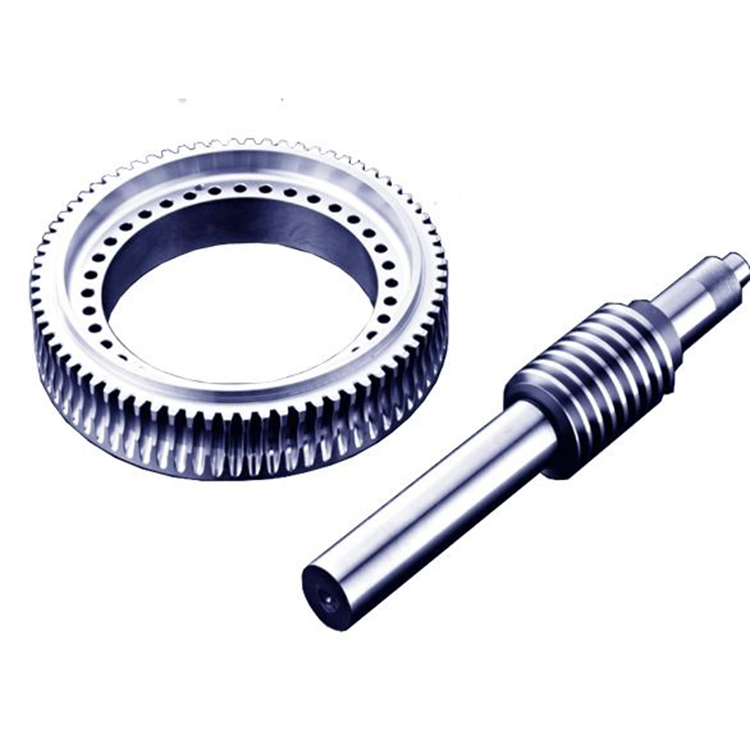 Dual lead worm gears, as their name suggests, are constructed with two leads. One flank of the worm thread and its mating sides of the wheel teeth are manufactured with one lead, and the other flank and its mating wheel teeth to a slightly different lead.

As far as the worm is concerned this had the effect of producing a worm thread which increases in thickness from one end of the worm to the other.

If the worm is therefore moved in an axial direction when in mesh with the wormwheel, backlash between the pair can be adjusted to the required amount.

In practice, the gears are manufactured so that the initial back lash is achieved at a certain distance relative to the datum plane on the worm. The worm can then be adjusted from this point as and when necessary during the life of the gears.